We heard very inspiring, powerful words from Police Commissioner George Kain and retired police investigator Terry Dwyer at the DCODP Annual Meeting tonight. Both of them began as death penalty supporters. They realized through research and observation of how the legal system really works, that the death penalty is poor public policy. If you weren’t able to come tonight, you can hear them Tuesday 11/18 at the DE Repeal Town Hall meeting at St. Elizabeth Ann Seton Church in Bear, DE. They will be joined by Police Chief James Abbott and retired police officer John Breckinridge, whose partner was murdered in CT. 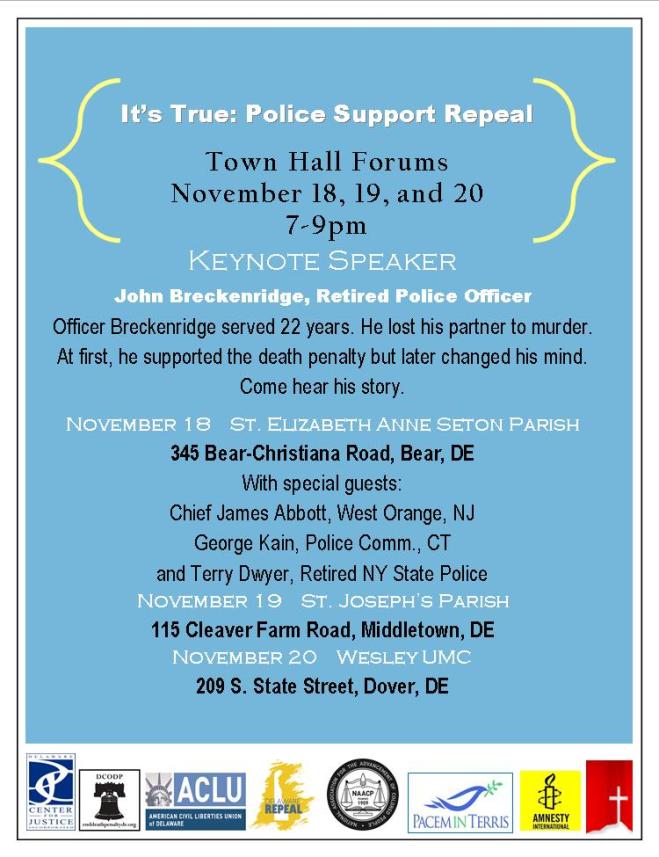