Speakers are available to educate and to share their personal stories related to the death penalty. Our speakers have spoken to large and small audiences. If you would like to have a speaker for your school, religious organization, or community organization, call Kristin Froehlich at 302-379-0488 or e-mail dcodp1@gmail.com. All hosting organizations are encouraged to make a donation or take up a love offering to help defray travel expenses. All donations are tax deductible. DCODP is a 501c3 organization.

Bruce Gillette is the Co-Pastor of Limestone Presbyterian Church in Wilmington, Delaware. He helped organize Delaware’s faith leaders to support Robert Gattis’s successful appeal for clemency. Gattis is the first death row prisoner in Delaware’s history to be given clemency. As a pastor, Gillette has extended care and support to several families whose loved ones have been killed, led weekly worship services in a state prison and officiated in weddings for friends who were a police chief and a correctional officer. Before coming to Delaware, he was active for many years in the efforts to abolish the death penalty in New Jersey (the state did so in 2007). 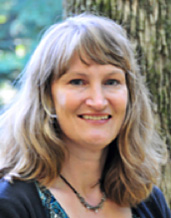 Kristin Froehlich is a Licensed Clinical Social Worker. She lives in Wilmington, Delaware. Her brother and four of his friends were murdered in Connecticut in 1995. She has written and spoken against the death penalty since 2001. She is the current Board President of Delaware Citizens Opposed to the Death Penalty, on the Advisory Board of the Delaware Repeal Project, and a member of Murder Victims’ Families for Reconciliation and Murder Victims’ Families for Human Rights. She participated in the campaign that successfully repealed the death penalty in Connecticut in 2012. She speaks on her journey to heal after the death of her brother, the impact of murder and the death penalty on victims’ family members, and approaching the death penalty from a faith perspective. She is Roman Catholic. 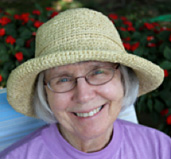 Sally Milbury-Steen, who lives in Newark, Delaware, was the Executive Director of Delaware peace and justice organization Pacem in Terris from 1985 until 2012. On March 14, 1992, on behalf of Delaware Pacem in Terris and the General Board of Church and Society of the The United Methodist Church, she organized a vigil outside of the Smyrna Correctional Center (now the James T. Vaughn Correctional Center) to express opposition to the death penalty during the execution of Steven Brian Pennell, the first person whom Delaware had executed in 46 years. A month later she helped found Delaware Citizens Opposed to the Death Penalty. She served as Co-President of the group with Kevin O’Connell during its first five years and is currently Treasurer of DCODP.

Sally has always maintained that Delaware will abolish the death penalty during her lifetime.  She has confidence that our citizens will come to see it as barbaric and unnecessary, in much the same way that they ended the whipping post and public floggings when she was a little girl.